Donald Trump, the bombastic, alleged women groper, becomes the forty-fifth President of the United States of America. The liberal elites of the East and West coast, the Republican, Democrat and media establishments are in shock and awe. It makes for interesting times ahead for the US, Pakistan and the world. The media along with the Democrats had spent huge amounts of ammunition against Trump, yet despite this, maybe because of this, the common white man came out and voted for Trump. The personal vitriol spewed against Trump was on unprecedented levels, with top columnists for many US newspapers, including Thomas Friedman, Paul Krugman, and Frank Bruni amongst many others, calling him a dangerous volatile commodity and urging people not to vote for him. Over 200 US newspapers, which have a tradition of endorsing candidates for presidency, came out against him. Many of them endorsed Hillary Clinton, a majority said don’t vote for Trump and only 2, the Las Vegas Review-Journal and the Florida Times-Union, came out to endorse Donald Trump for the Presidency. One of the most astonishing moments of recent US politics is hitting the country.

How did everyone get it so wrong?

Because they weren’t with it, when it came to understanding those as Hillary Clinton described them as a ‘basket of deplorables’. They contemptuously viewed all Trump supporters as nasty and xenophobic people. These elites were simply out of touch with what was happening in the real lives of the common people. Michael Moore, a famous US producer and left wing intellectual was already warning people, “You have got it wrong – I know these people – I come from those states and they are going with Trump.” Donald Trump won all 6 of the swing states, Florida, Michigan, New Hampshire, North Carolina, Pennsylvania and Ohio, needed for him to get into the White house. But intellectuals and establishments sitting in their cozy offices, were detached from the angst and anxiety felt by many of the 95 million people out of jobs in America. Eleven million illegal immigrants, to them, was not an issue of xenophobia, but about their jobs and incomes being affected. Income data published recently by US census data showed that the median income for Americans is lower today than in 1999. This means half of all Americans earn less now than they earned twenty years ago. For generations, Americans felt that their children would be in a better condition than they were, the current 40-year-old worker does not think this. In North Carolina, one of the swing states that went to Trump, the last 20 years have seen over 240,000 jobs lost in the textiles industry. There are many other states with similar stories. Over 50 million Americans are below the poverty line and over 50 million receive food stamps from the government. These are Trump’s voters, that have had enough with the bi-partisan ruling class, corruption of the Washington grid-lock and have responded to Donald Trump’s message ‘to Make America Great Again’.

A majority of ‘white’ people (70 percent of voters) voted for Trump, overwhelmingly from the white working class, a slim majority to the college-educated whites. Evangelicals strongly supported Trump, but he saw reasonably strong support from the conservative Latinos also. A survey conducted in October by PRRI – a non-partisan organisation – showed that 7 out of 10 Trump supporters wanted a more ‘white’ culturally homogenous America as in the 1950s. Their angst over a changing America was picked up much earlier, by the eminent political scientist, Samuel Huntington who in his last book in 2004, ‘Who Are We? The Challenges to America’s National Identity’, wrote about what it meant to be an American and the possible cultural threat posed to it by large-scale Latino immigration, which Huntington warned could “divide the United States into two cultures and take it away from the working culture that historically had made it strong.

The vote for Brexit and Trump reveals the discontent the ‘have-nots’ are feeling and they have revealed it to their status quo leaders through the ballot box. So turning the lens inward towards Pakistan, with the electronic media running on government ads and English newspapers and drawing room chattering classes throwing snide remarks about Trump aside, how will the Pakistani voter asking for change, pray tell? Here also, we see our ‘designer bag’ classes out of touch with discontent felt by the rural and urban poor, large numbers of educated and uneducated workers who have no jobs, or those that do often at serf-like wages and 38 million people who are mal-nourished. But unfortunately, the Pakistani ballot box will never provide them with a path for salvation. If an individual protests and comes on the streets, he will be gassed in the name of providing security against terror. Lucky are those discontented Americans and the British, who can change their leaders, whether we like what they voted for or not. Unlucky are we, that our votes are a façade only to provide us with solace, but for how long will this façade sustain itself? If the true desires of the people don’t ultimately come out through the democratic process – they will still come out –they will be on display in a much uglier form. It will once again be the common man that will suffer as the Prada driving crowd will have all flown out to safer places. Donald Trump will be the first Republican since 1928 that will be President along with a Republican Senate and House. I hope he uses this opportunity to make America great again for its people. For Pakistan, I continue to dream.

The views expressed in this article are the author’s own and do not necessarily reflect Global Village Space’s editorial policy. 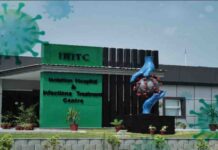 How Engineers, Designers and Architects fought the pandemic 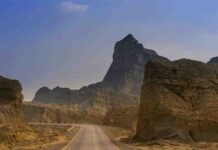